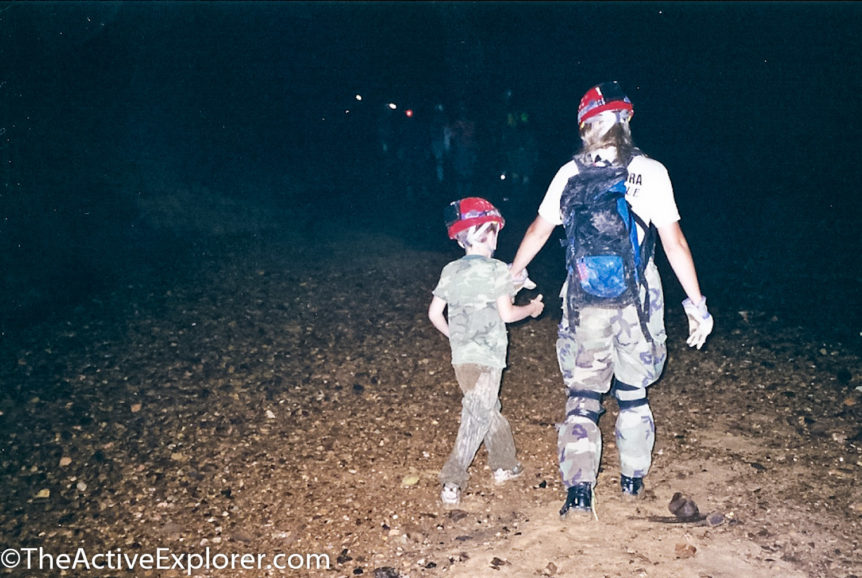 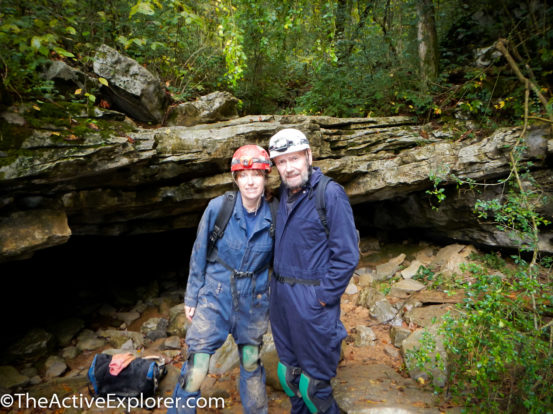 Sometimes life forces us to “reset” and start over. How we deal with these events is an important key to happiness. Refuse to adapt, and you limit yourself. Last month I made my annual caving pilgrimage to the 35th TAG Fall Cave-In. The event derives its name from the region where Tennessee, Alabama and Georgia converge in the southeastern United States, an area well known for limestone karst formations and numerous caves. Learn more about the event in my post, Muddy TAG Cavers Support Conservation. However, this year was a little different for me.

Caving is not a solo sport. I had caved with my ex for years, before, and (more recently) after our divorce. We had a great group of friends, and we were all a good team. Not surprisingly, emotions got in the way and I respectfully opted to keep my distance. I gave up caving once already due to the same issue, but refused to do it again. Since my folks weren’t up to doing much caving this year, I had to find new partners.

It reminded me of the first time I arrived at TAG in 1998, with two kids in tow and knowing no one at the event. I was anxious, but for years I had wanted to cave and this was my chance. We set up camp and proceeded to buy the basic gear we needed. Next, we had to find cavers willing to allow a newbie mom and two children into their group. After one false start, we found a group of experienced cavers willing to let us join them on a trip. We had lots of fun, and thus began years of caving. I lost track of that group, but made many friends over the years. Caving became a family event including not only my children, but my parents as well. Facing my fears provided years of benefit.

Mommy and son in 2000. Caving as a family has part of our tradition from the beginning.

Ten years later, all grown up, it’s time for my son to learn how to rappel. Yes, I was a little stressed. Signal Light Cave 2010.

Now I was starting over again, but this time I had a different kind of apprehension. I’d grown used to vertical caving which involves rappelling into the cave, and with rare exception, ascending back out. Because it involves a wee bit more skill, okay a lot more skill, than horizontal caving, I needed partners I could trust not to do something stupid. Unsure if I would find anyone, I loaded the car with my vertical gear and drove north. No way was I going to quit doing something I love.

As it turns out, I never did meet a new group of vertical cavers this year. Lead after lead fell through, but I ended up feeling very lucky regardless. I met a wonderful group which included a dad, his two kids and one of their family friends. It reminded me of that first trip and I had a blast!

With new friends. Caving with young kids again was a blast.

We started at Cedar Ridge Cave, which is beautifully decorated with stalactites, stalagmites and crystals. Not only was it pretty, but it wasn’t overly technical, perfect for a family. Click HERE to view a great shot of the cave.

From there we moved on to one of the most iconic caves in the area, Tumbling Rock. This cave is a massive borehole. The decorations aren’t as pretty, but the sheer size is staggering. In spite of all the wide-open passage, we still found a route that required us to shed out packs and squeeze through a hole. I still don’t know how I managed to miss that the previous four times I’d been in that cave. It did allow us to skip a steep section that we navigated on our way out. Admittedly, the mom in me liked the squeeze better with the kids. The prospect of one of them falling over 15 feet gave me the willies.

The following day, I decided that I really wanted to cave with Dad. Luckily, he was feeling up to it, so we picked Howards Waterfall, a nearby cave that included a bunch of duck walking and mud. Sadly, it is too accessible and the human traffic has taken its toll. However, it still gave Dad and me chance to get underground together, time I cherished.

On the last night, hanging out around the massive bonfire, I reflected on my trip. It was a shorter stay than usual and I didn’t get on rope, but I still had a good time caving with new people and spending time with family. All I needed was faith that wherever like-minded people group together, there will be opportunities to make new friends. Fourteen years after our first visit, the TAG Fall Cave-In was still full of friendly (albeit muddy) folks willing to welcome someone new. Even more important, I realized that although life dealt me a few changes, I could still hit “reset” and have fun.

The biggest bonfire I’ve ever seen is an annual tradition at the TAG Fall Cave-In.

Rappelling into Signal Light Cave next to my son’s friend, Corey in 2010.

Rappelling into War Eagle in 2011.