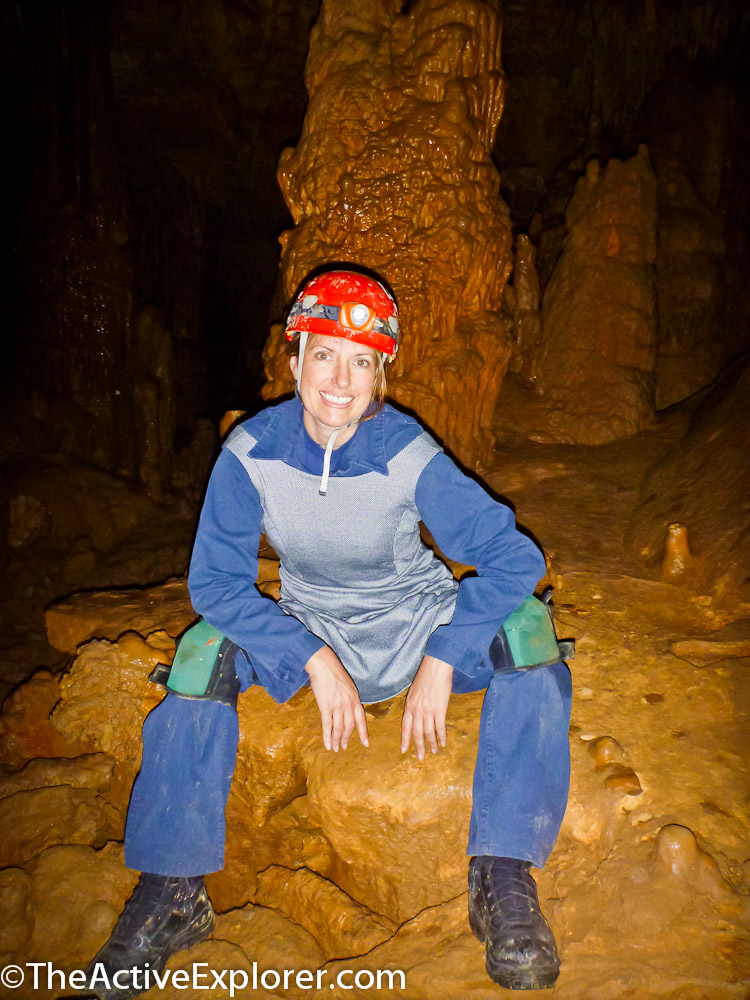 I muddied a dress in the name of a good cause. What fun! This photo was shot in Cedar Ridge Cave.

Last week you might have noticed a few pictures of me caving in a dress, and rightfully, you may have questioned my continued sanity. Well, there was a reason I went out on a limb as the ultimate caving nerd – I’m fundraising for a cause called Do it in a Dress.

Do it in a Dress is global movement where individuals and teams sign up to wear a school dress, so that girls in Africa can go to school. In 2011, its inaugural year, 77 people from six countries wore a school dress, so that girls in Sierra Leone could wear one too. In 30 days, participants raised an incredible $43,000, which will sent 100 girls in Sierra Leone to school, and provided access to sanitary pads to 147 women.  Around the world, 60 million young girls are not getting an education.

In Sierra Leone, only 1 in 6 girls have the chance to attend high school, and almost one third of the girls born there will be married and pregnant before their 15th birthday. However, when a girl is educated, everything changes. She will marry later and have a smaller, healthier family. For every year she stays in school, she increases her income by 10% and invests 90% of that in her family. Educating a girl improves the local economy more than any other type of investment.

Last year, Do it in a dress participants wore dresses to run half marathons, perform on the streets, bungee jump and surf the waves. Others simply wore their school dresses for an entire week.

Do it in a dress participants develop their own challenges, publicise them and collect donations by creating a personalised page at doitinadress.com. The Do it in a dress campaign will officially run for the month of October, with people taking part all over the world, including USA, Canada, UK, Australia, Saudi Arabia, Germany, Italy and more!  It’s a really fun way to raise money to give a girl the opportunity to go to school. When you educate a girl, she can change her world.

So now you know why I was caving in a dress. Even better, over the next few weeks, I’ll be hiking in a dress and perhaps kayaking as well, so watch for more silly pictures and consider supporting this great cause!

If you’d like to support me just head to http://doitinadress.com/ActiveExplorer. When you support me, together we can change a girl’s life.