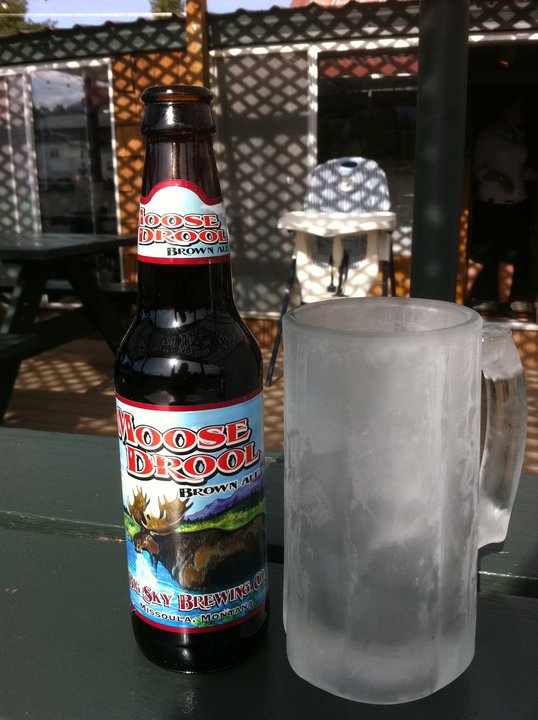 I’ve logged thousands of miles over the last year and along the way I’ve found several drinks, both alcoholic and non-alcoholic, that I enjoyed. Some drinks need to be enjoyed in the context of a place or experience or they lose their charm. For example, most of the time Summer Shandy wouldn’t be my first pick because I’m a dark beer girl, but give me another hot day on the river and I’d crave it again. Other drinks I would love to enjoy at home, if I could get them, like tamarind margaritas.

Here is a list of my top five drinks from this year’s journeys, and where I enjoyed them:

5) Mezcal in Puebla, Mexico – There is a saying about Mezcal, “para todo mal, mezcal, y para todo bien también,” meaning, for everything bad, mezcal, and for everything good, as well. Undoubtedly, a few glasses of this tequila-like liquor will make you forget your woes… and where your hotel is located. It certainly helped me get the courage to eat maguey worm tacos, something I’m not sure I could do totally sober.

Mezcal is sipped, rather than “shot” like tequila and runs down the throat with a distinctive heat. Made from the maguey plant, a form of agave, the flavor is a bit earthier than tequila. With an alcohol content over 45%, I’ll save this one for special occasions. It is becoming more popular in the United State and can be found in better liquor stores. The worm in the bottom of the bottle is more of a gimmick and isn’t a traditional addition.

4) Summer Shandy, Wisconsin River– I discovered Summer Shandy while padding with a friend down the Wisconsin River this summer. We would pull off on one of the many sandbars, set up chairs and watch the river go by, with a Summer Shandy in hand. It’s a seasonal beer with a refreshing lemonade flavor perfect for a hot day. It’s produced by Leinenkugel’s Brewery in Chippewa Falls, Wisconsin. Summer Shandy is a non-traditional beer worth trying as the temperature rises.

3) Tamarind Margaritas, Puebla and Playa del Carmen, Mexico– Brown, sweet and sour tamarind margaritas may not look pretty, but they are a delight on the tongue. The only problem is that they taste too good and Mexican bartenders are liberal with their pour. I’ve had them prepared frozen in a wide margarita glass rimmed with chile-infused salt and on the rocks in a standard cocktail glass. Both were good but if I’m going to go sweet, I prefer the frozen option. Yum!

2) Café con leche, everywhere in Mexico– I’m a coffee addict already but café con leche elevates my dysfunction over the top. I can’t get enough of it whenever I’m in Mexico. The waiters get to know me and promptly refill my cup as soon as I down the last sip. After dinner, I usually order decaf but after a few sleepless nights, I suspect they didn’t understand the word. When I return home to the United States, I promptly go into withdrawal from the strong Mexican brew. Devastating.

1) Moose Drool, Glacier National Park, Montana– I discovered Moose Drool in Glacier National Park but also enjoyed it in Lake Tahoe. After a long day of hiking or better yet, days of backpacking, a cold Moose Drool is heaven. It’s a brown ale brewed by the Big Sky Brewing Company in Missoula, Montana. I just wish I could find it in Florida because it is officially my favorite beer. My sister laughed at me when I squealed (loudly) in the store after finding it on the shelf in Tahoe. Perhaps I could convince Big Sky to ship me some of their heavenly nectar-in-a-bottle.

If you enjoyed this post then subscribe by email to have new posts delivered directly to your inbox. Your information will not be shared. Want even more photos and travel fun? Then follow me on Facebook and Twitter where you will see my chatty and sometimes offbeat side.