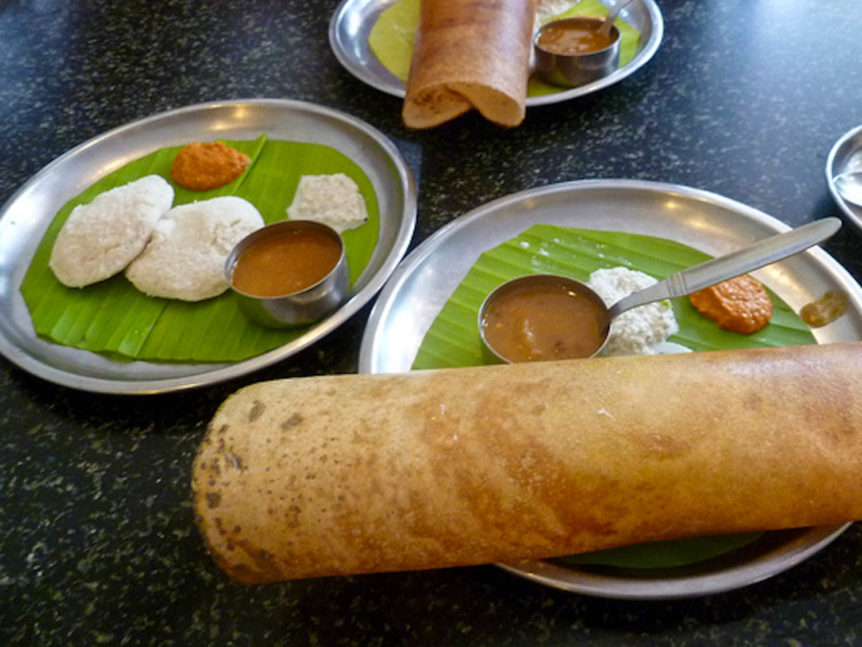 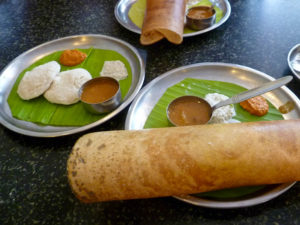 I’m a bit of a vagabond. Even at home, I sometimes have the urge to explore and try new things, which I satisfy by looking for local destinations rich in immigrant culture.

My mom is particularly adept at finding unique experiences right under our nose. She recently asked me to join her for a traditional Indian breakfast at the Hindu temple of Central Florida in Longwood. Mom had struck up a friendship with Rupa, one of their members, and she had told her the temple served breakfast on the weekends.

We arrived on a Saturday morning not sure what to expect, but were warmly welcomed in spite of a language barrier. Rupa helped us order and showed us how to eat our breakfast in the traditional manner (meaning minimal silverware). Soon we were up to our wrists in masala dosas and idlis served with spicy coconut chutney and sambhar soup. Then we washed it down with a cup silky mango lassi. Savory heaven!

After breakfast, Rupa took us behind the scenes and into the kitchen where we could see the preparation of the dishes. Cooks mixed vandi (a savory fritter) dough with their hands then dropped handfuls of the mixture into vats of hot oil. Huge pots of coconut chutney lined the walls of a walk-in cooler and dosas steamed on the griddle. 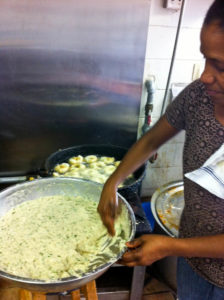 Cook preparing vandi at the Hindu temple of Central Florida

After our kitchen tour, we visited the temple, adding our shoes to a pile by the temple steps before entering. No photography was allowed so I’m sorry I can’t show you how opulent the interior was. Guided by Rupa and a robed monk, we learned about the various gods and their relationships with one another. Chanted prayers drifted through the temple, reverberating off the walls in a rhythmic melody. It was fascinating.

Back outside, as we slipped our shoes back on, Rupa invited us to return for their Festival of India, which we attended a few months later. This time the grounds were crowded with people, most wearing traditional dress. I was rendered speechless when coconut juice sprayed across my clothes and camera. Apparently, their tradition includes smashing the husked nut onto the ground for good luck. Perhaps all the people rapidly moving out of the way should have been my clue… It didn’t feel like Florida anymore, but more like an exotic land thousands of miles away. My inner vagabond felt satisfied.

To view a full set of photos from the Festival of India, visit my Flickr Page. 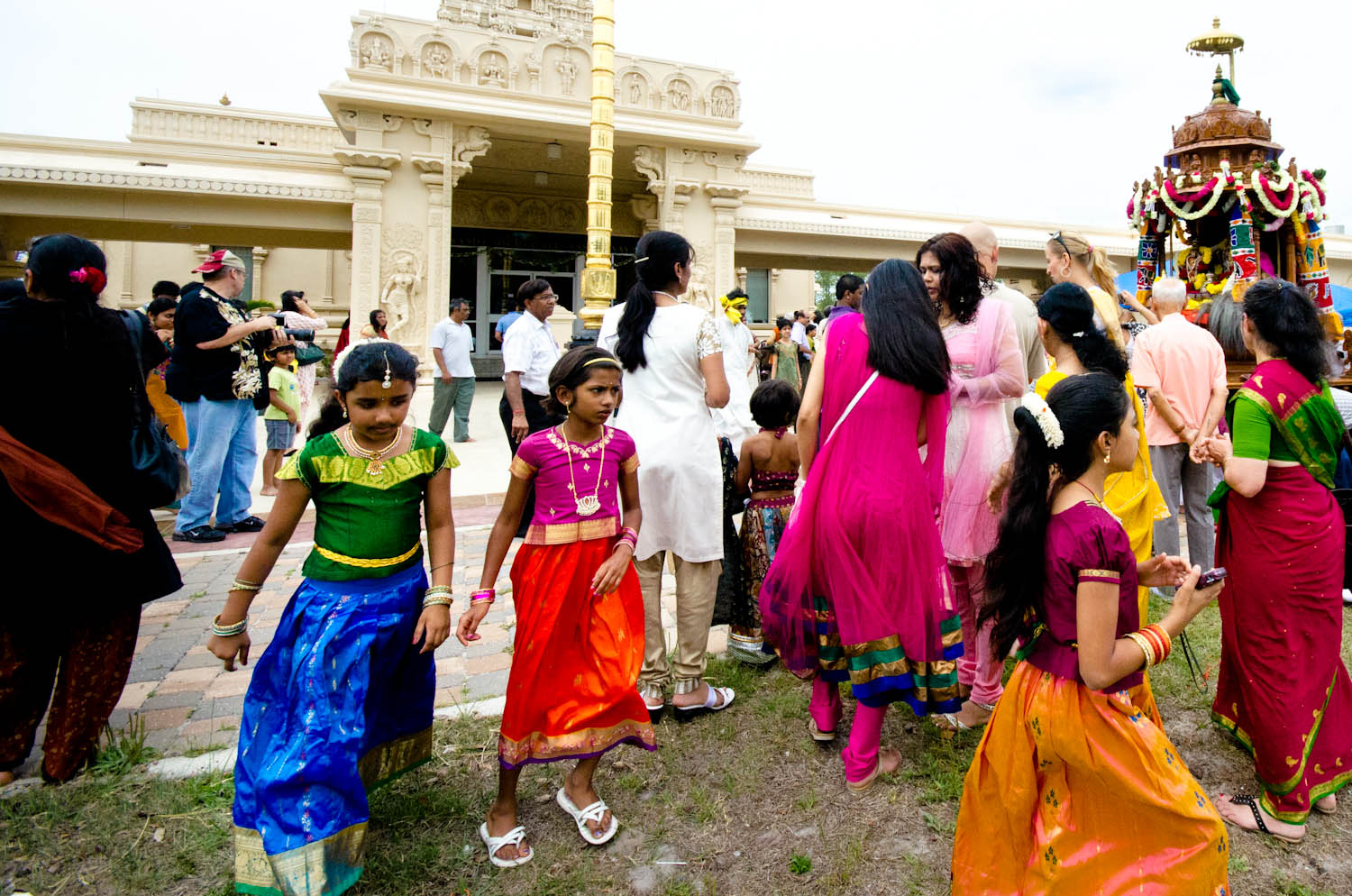 Interested in our breakfast menu? Here are a few more details:

Masala Dosas – A crispy crepe or pancake made from fermented rice batter and black lentils filled with potato curry and chutney. Served with more chutney and sambhar.

Idlis – Savory cakes two to three inches in diameter made by steaming a batter consisting of fermented black lentils and rice. Often eaten for breakfast and served with chutney and sambhar.

Sambhar – A spicy south Indian vegetable and lentil stew served with idli or dosa. There are many versions.

Coconut Chutney – Often served with dosas and idli. A mixture of coconut, chili, yogurt and spices.

Lassi – A decadent creamy drink made from mango and yogurt.

Where have you found rich culturally rich events and places near your hometown? Please share by leaving a comment below.