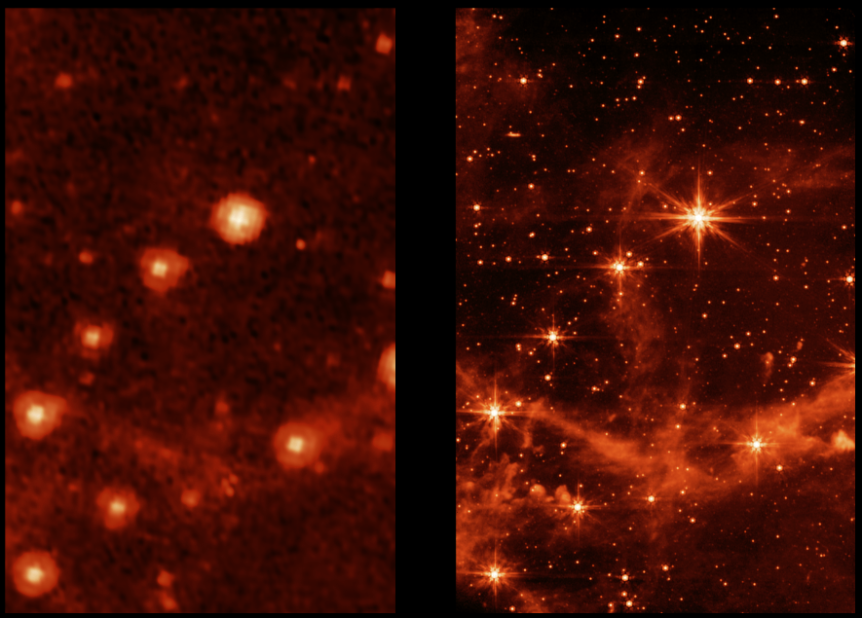 Since its launch in late 2021, scientists, astronomers, and space enthusiasts anticipate the results gathered by the James Webb Space Telescope, its advanced technology promising to unravel some of the greatest cosmic mysteries.

An armament of the most advanced scientific instruments ever assembled rests onboard the JWST, concluding a deployment stage that lasted several months, in preparation to begin surveying deep space.

Months of alignment finally synchronized its four scientific instruments, allowing MIRI, the Mid-Infrared Instrument capable of Infrared Astronomy, to perform a test image, directed toward the Large Magellanic Cloud, a satellite galaxy of the Milky Way that hosts an abundance of stars.

The test image provides an awe-inspiring portrait of what the future holds through this infrared lens, as well as a testament to how far our technology progressed within the last 20 years, especially when compared to images taken by the retired Spitzer Space Telescope, once one of NASA’s Great Observatories, now an outdated legend of its time.

Webb’s MIRI Instrument showcases interstellar gas in detail never before seen, granting scientists the ability to decipher the composition of these interstellar molecules. And while these findings are from a preview, the James Webb Space Telescope prepares for the official scientific observations, where the real fun begins.