As many of you know, I get restless when I’m not traveling so I frequently look for a dose of culture near home to tide me over between trips. This January, I decided to do a photo project on Tarpon Springs, Florida.

Tarpon Springs is notable for having the largest concentration of Greek-Americans in the US (based on 2004 census data). Founded in 1882, the first Greek immigrants to the area arrived in 1905 to work in the sponge-diving industry. With them, they brought their food, faith and culture. Today the area offers an opportunity to experience a bit of Greece here in the US.

It is easy to overlook the substance of Tarpon Springs if you don’t venture beyond the main street. Certainly, there are some fantastic restaurants and shops on the main drag, but if you stop there, you will miss much of what makes this town special. If you really want to feel what makes this town Greek, you need to get onto the side streets. Better yet, ask the locals what not to miss.

I contacted the Tina Bucuvalas, Curator of Arts and Historical Resources for the City of Tarpon Springs as part of my research. She provided a wealth of information on where to shop, eat and visit. She also gave me insight on what it was like to live in this distinctly Greek city. Because I only had 24 hours, I would have missed so much if it hadn’t been for her direction. I hope you enjoy this sampling of the photos I took for my project. Additional shots are posted on my Flickr page.

Sponges – In 1852 a man named Walter Lowe sold a cargo of sponges from the area at such a profit that it spurred an entire industry in Tarpon Springs. Later, a Greek sponge diver named John Cocoris introduced special diving suits that allowed divers to stay underwater for hours at a time, greatly increasing production. By 1905 Greek immigrants arrived to work in the now thriving industry. 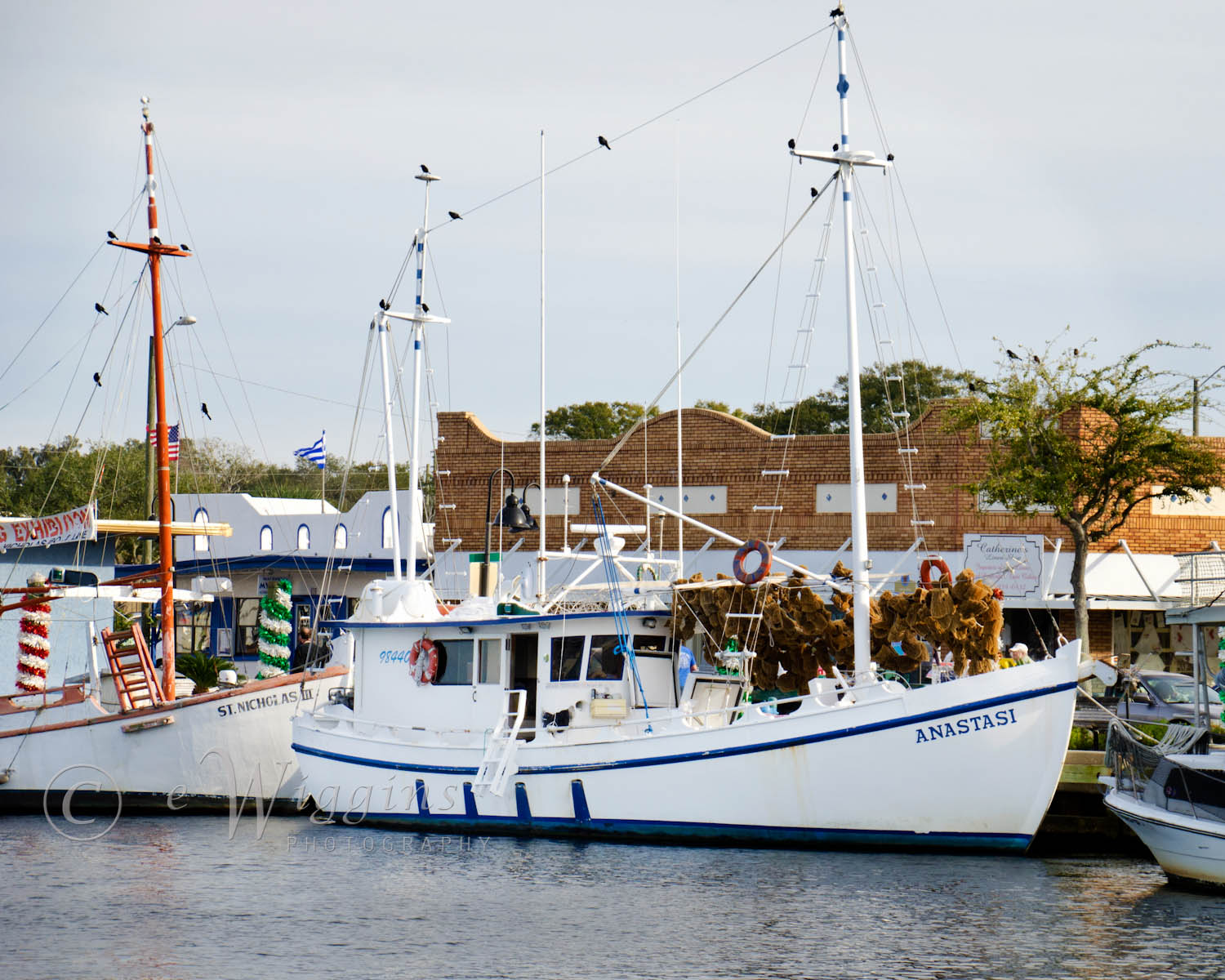 The Anastasi is the only boat at the docks today that was originally built to harvest sponges. The other working boats were converted from other uses such as shrimping. 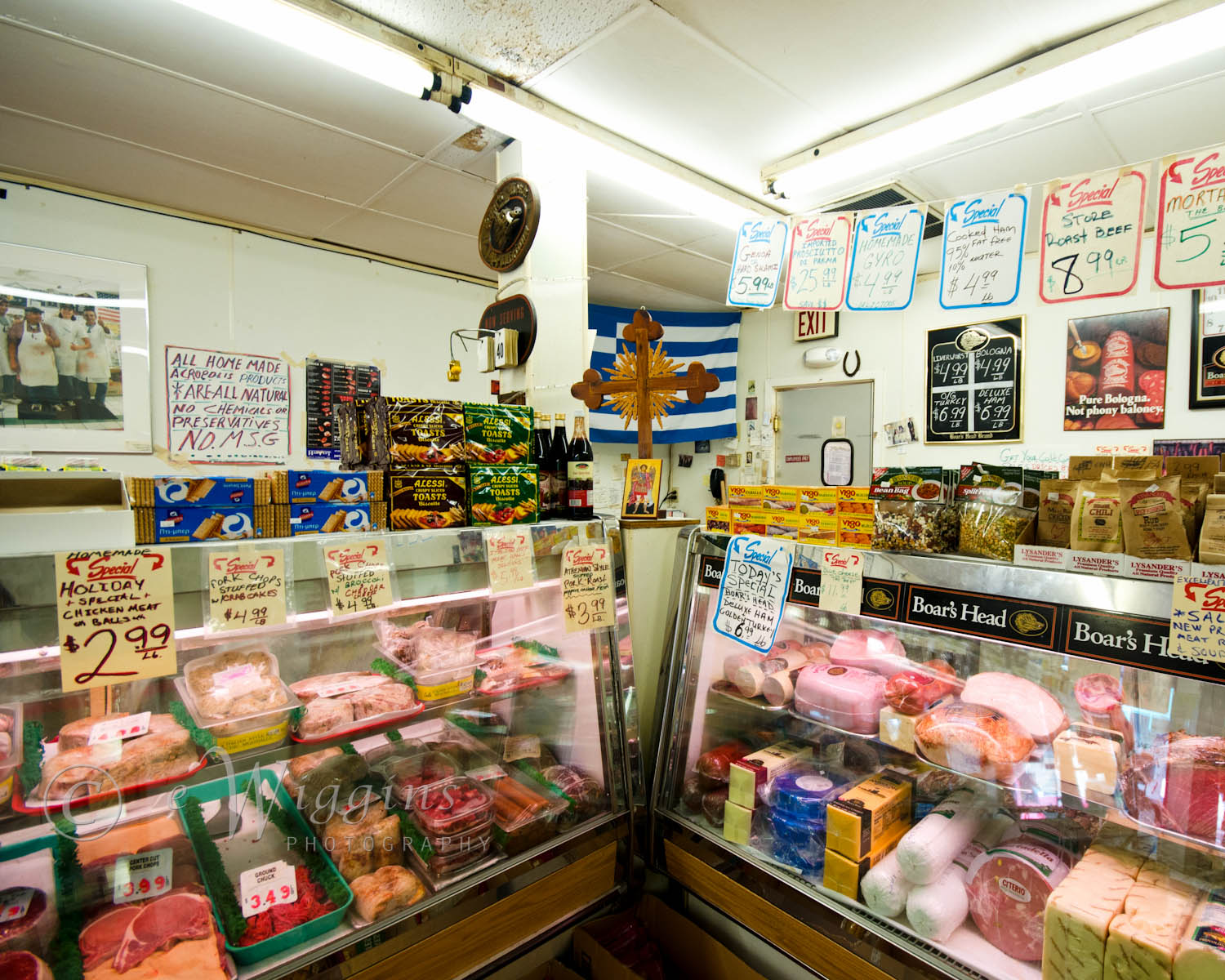 Acropolis Meats and Deli – Customers from as far as Daytona Beach drive to Acropolis Meats and the other local markets to buy specialty products. Due to the large Greek population in Tarpon Springs, the merchants are able to import bulk quantities of goods at a better price than may be found elsewhere in Florida. During my stay, the innkeeper shared that her guests sometimes arrive with coolers to fill with local goods. 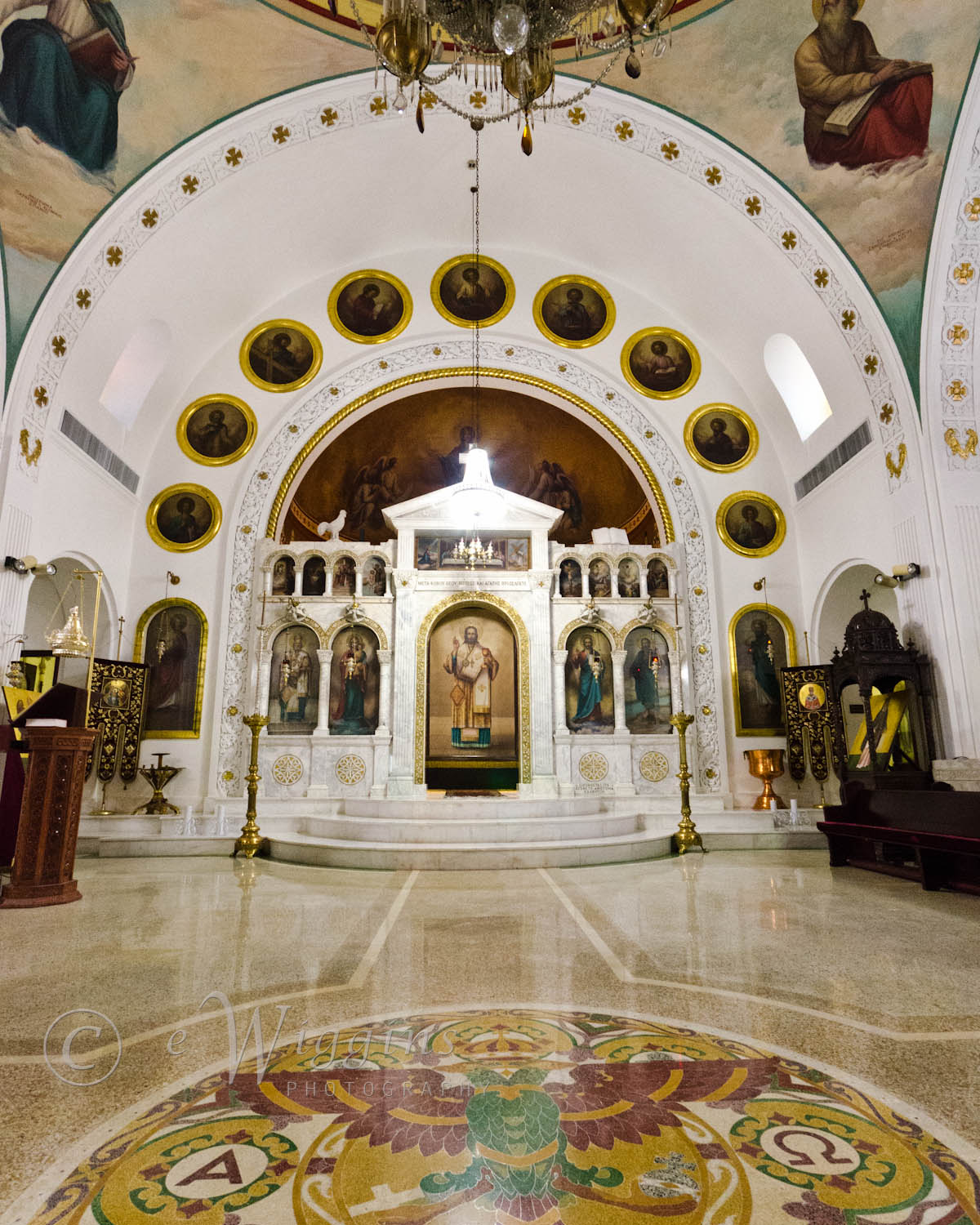 St. Nicholas Cathedral is decorated throughout with signs of Greek culture, but the overall opulence is what really screams “Greek!” 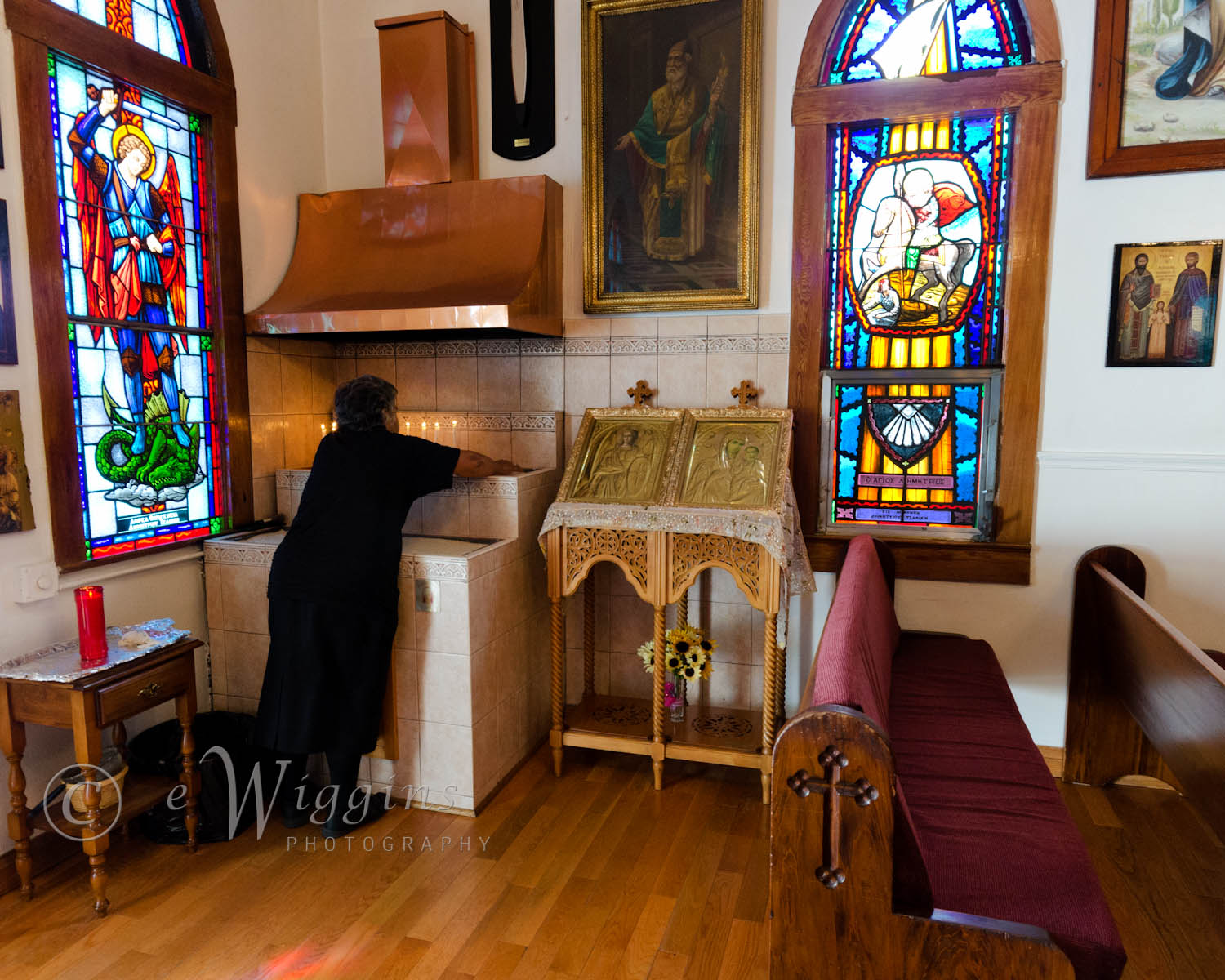 St. Michael’s Shrine – With the immigration of the Greek people also came their faith. This shrine, dedicated to Saint Michael, was built by a family after their son was healed of a brain tumor at age 11. The boy’s sister, Goldie, tends it to this day. 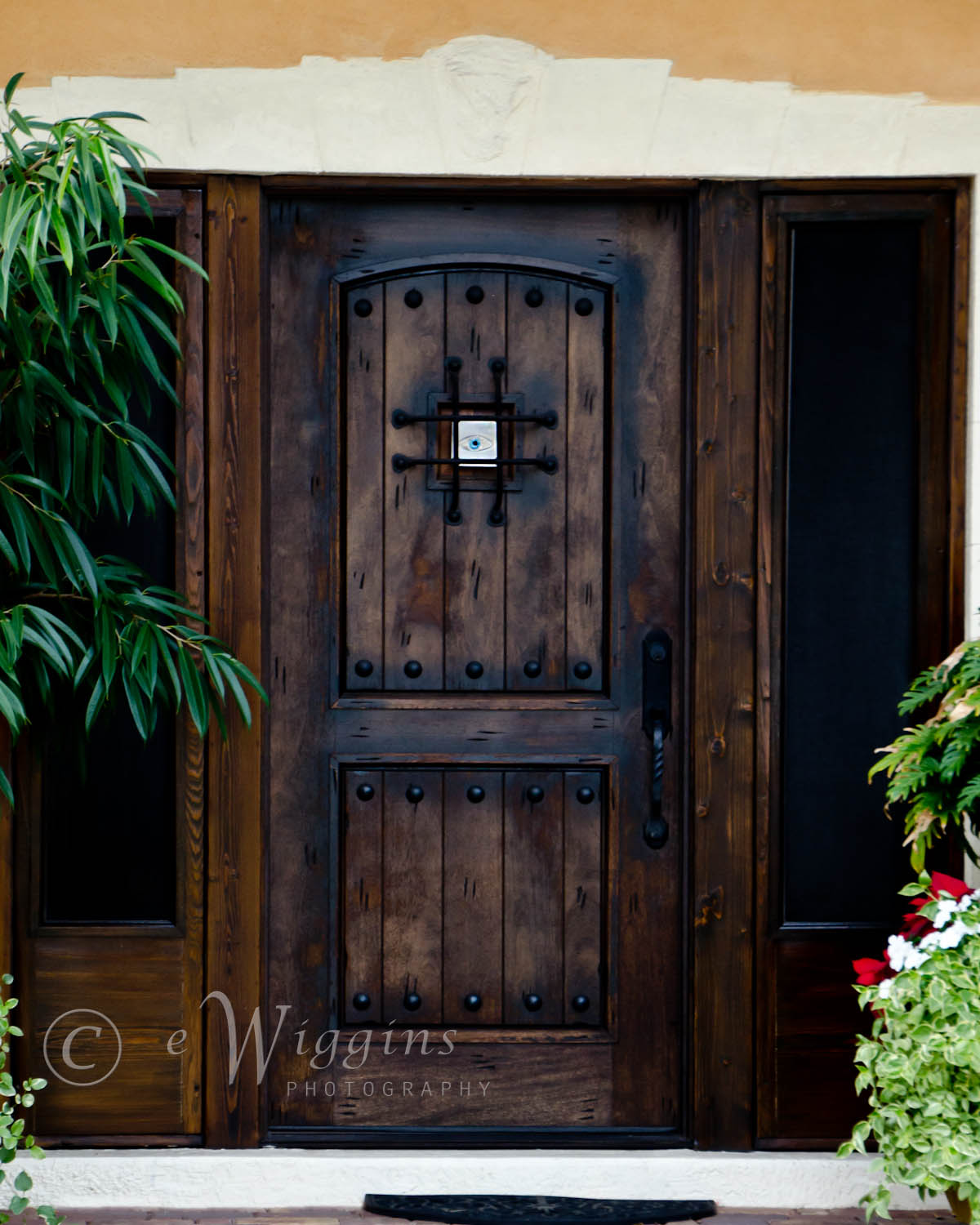 Although the Greeks traditionally follow a Christian faith, they still hold to ancient superstitions. This home is protected by the symbol of an eye to scare away the curse of an “evil eye” arriving at the door. 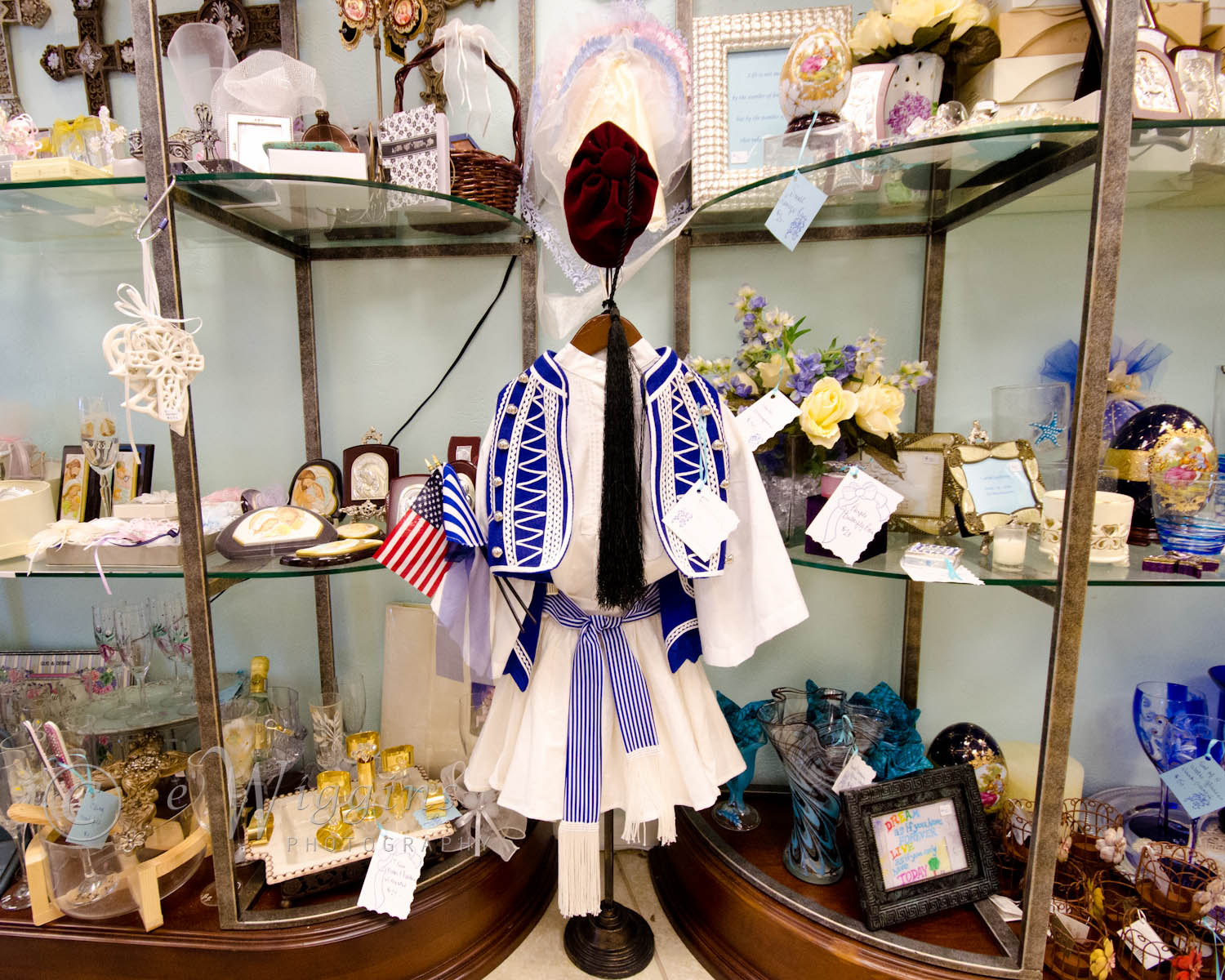 The Greek faith includes many traditions. This shop called “Given with Love” specializes in providing all of the traditional accoutrements expected during religious milestones such as weddings and baptisms. The same family has run this shop for over 100 years. This evzone costume is just one of many celebration items available at Given with Love. Many are custom-made or imported directly from Greece.

Hellas at Dusk – Today, tourism is a larger industry than sponges. Near the historic sponge docks, visitors can sample Greek cuisine or purchase natural sponges (many are imported), soap and T-shirts. At night, the town is lit up in neon and colored lights. 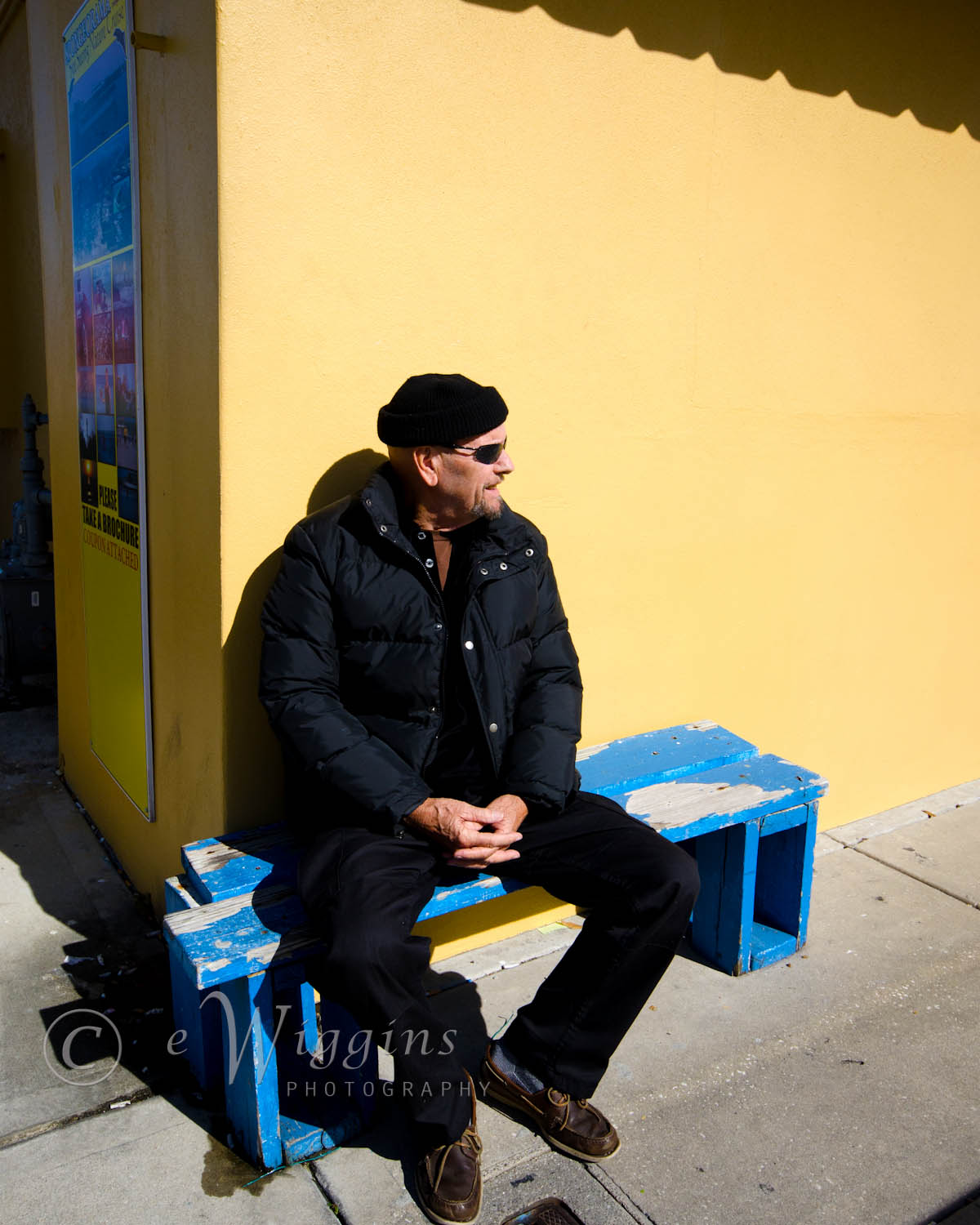 My parents joined me in Tarpon Springs while I shot these photos. I thought my dad looked like a Greek sailor hanging out along the docks patiently waiting for me to finish.