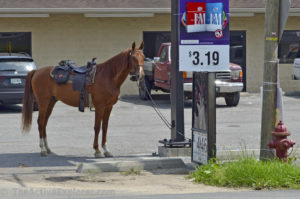 Only in a small town will you see a horse at the gas-station/market.

During a recent trip, I became briefly frustrated by the small town where I was staying. As I began venting on paper, it hit me just how hospitable these sometimes-isolated hamlets are. By the end of the page, I felt downright silly, and now that I’ve been home for over a month, I’m aching to return. Do you enjoy staying in small towns when you travel? ~ Erika

I really don’t care for one-street, don’t-blink-or-you’ll-miss-it small towns. Perhaps you know the kind I mean: one gas station/market, a diner, and more pick-up trucks than a tractor-pull on Saturday night. Yet, I spend a fair amount of time in them because they are often located in beautiful parts of the country, far from city lights, but close to all of the things I love to do like caving, kayaking, and backpacking.

I’ve come to terms with the pizza-place/ hardware-store combo, scant produce, and no restaurants to indulge in a sit-down dinner. I tolerate the loud locals, always hollering “how ya doin’?” from across the street. I mean really, who does that?

In small towns, people don’t even know how to use keys. Cars and front doors are always unlocked — so irresponsible.

And manners? They are all up in your business, asking if they can help or get you something. A perfect stranger asked if I had a map of the river and then handed me one when I confessed I didn’t. No one would do that back home.

Errands take longer in tiny country towns. Just try to cross the street without having a conversation with someone…it can’t happen. Stop by Leroy’s house to borrow a key, and an hour later, you’ll still be there, futilely refusing iced-tea and cookies. They have no respect for time! 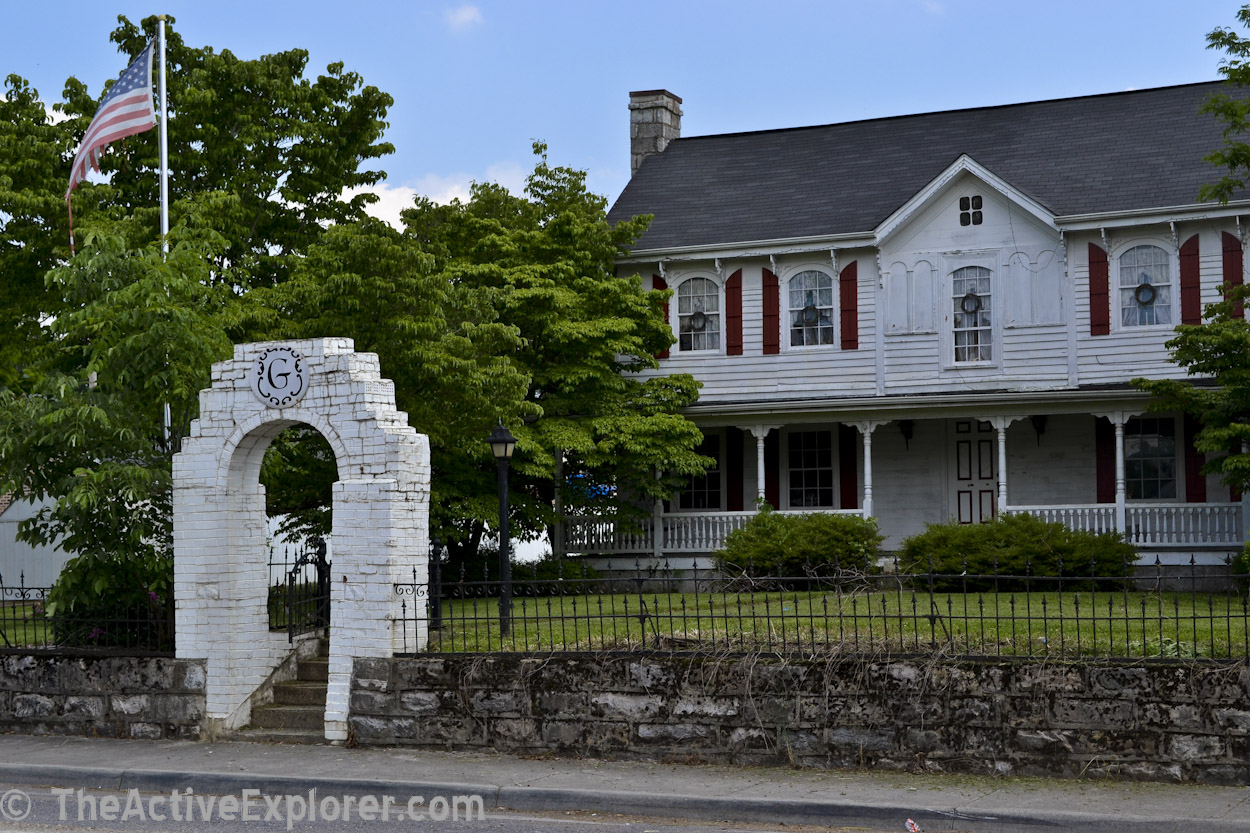 Sadly, the poor economy forced this historic restaurant to close. It went to auction during my stay. If I only had the money...

Small town folk don’t have much decorating sense. Beautiful wrap-around porches are littered with rocking chairs and tables, typically facing traffic so they can watch each other pass and yell “hello.” In the city, we know to hide behind our privacy-fences in the backyard, keeping to ourselves.

Nevertheless, I have learned to endure small towns and fit in with the locals. I say hello, make great efforts be kind, slow down, and socialize. I’ve lost my keys, but have never been locked out. In addition, when I return home to the city, I drag the rocking chair around to the front porch and sit there — frightening the neighbors.