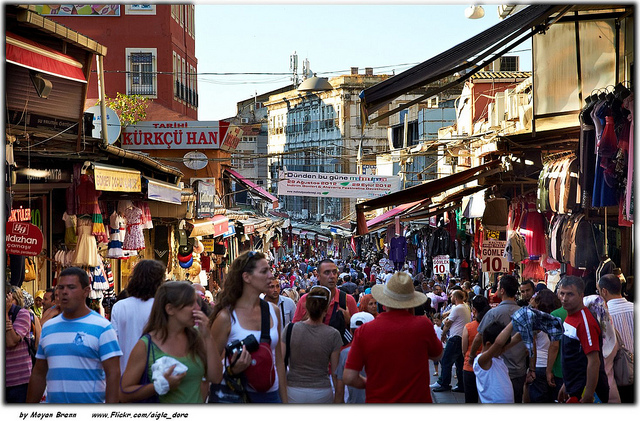 Let’s face it – for most people of our generation, Turkey has had something of a “PR” problem. It must be said that this has been largely unjustified and the tide is now turning. But there’s quite a lot of tide to turn with many of us carrying around far too much psychological baggage caught up with such factors as religious differences, epic Greek battles (with Hollywood Greek heroes always winning out!), and of course – Midnight Express.

To say such misconceptions do the entire country an enormous disservice would indeed be an understatement. This is a wonderfully vibrant, friendly and diverse country with one of the world’s most interesting (if not, in some ways, the most interesting) cities on the planet in the shape of Istanbul – which was important as the point where east meets west for so long in our shared history.

Three percent of the country, including most of Istanbul, is in Europe; but the rest spreads into Asia. So in all regards, Turkey sits balanced between East and West. The country’s population is mainly Muslim, but the state is most definitely secular and dedicated to multiparty democracy.

The modern Republic of Turkey was formed in the 1920s, and of course is built on an enormously rich heritage of Ancient Greeks, Romans, Byzantines, and Ottomans. And, by the way, this also happens to be Europe’s fastest-growing economy.

Perhaps what surprises people the most when they first visit this remarkable country is the sheer diversity from its beautiful Aegean beaches all the way to its eastern mountains.

In Istanbul, for example, you can cruise on the famous Bosporus Strait and explore the famous bazaars, markets and nightclubs in a surprisingly Westernized city. Along the way you can take in all the fascinating history that Istanbul has to offer.

Elsewhere, in the country’s holiday hotspots like Cappadocia and the south western coast, you can mix trekking with horse-riding and water sports – or simply savor a little meze on the terrace. Similarly, Hisaronu holidays are growing in popularity with those who want a little of everything. Over the past decade, this part of Turkey has become increasingly popular with families. The once small farming villages of Hisaronu and Ovacik are now thriving summer resorts busy with tourists from April to early November each year.

There are also the less-frequented eastern parts of Turkey, where honey-colored villages and viewing spots overlook the sweeping plains of ancient Mesopotamia.

As a land steeped in history and with some of the best food you’ll ever get to taste, it’s definitely worth the visit.

Jet2Holidays, whom we thank for supporting our blog, sponsored this guest post.