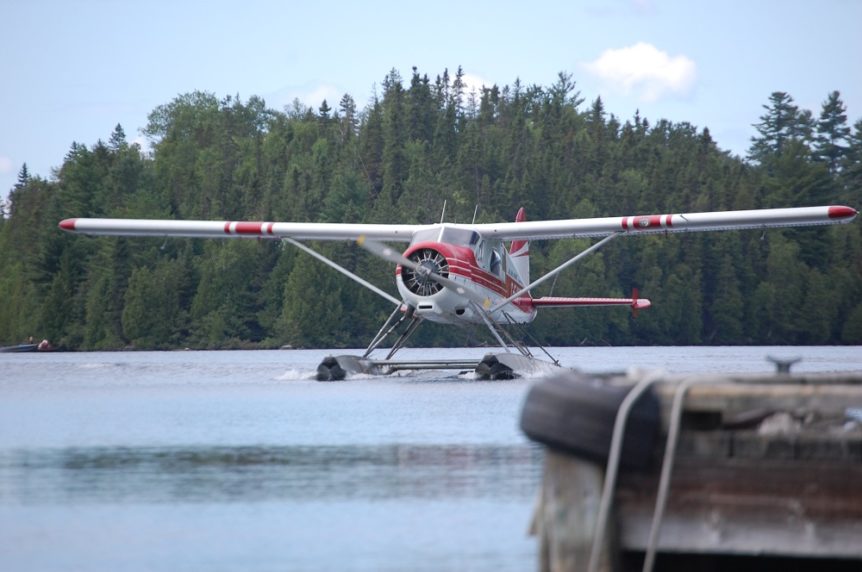 I could taste the trout. My friend George reserved our campsite in advance, obsessed with the fact that access to the airstrip was limited to those arriving to Nehalem Bay by plane. We had big plans to rent a boat, fish, hike Neah-kah-nie Mountain, and pitch a tent by his plane. Before we flew in to Nehalem Bay State Park on the Oregon Coast that summer, I had been up in hundreds of planes, but I had never prepared for a fly-in camping trip. I can now tell you from experience that it’s a bit like backpacking with a pack mule, or car camping with far more freedom and better views, and that I wish we had been more prepared the first time.

When you’re fly-in camping, you’re still camping, so don’t get obsessed with how much recreational gear will get you to weight limit and forget to pack a tent. Though sleeping under the wing may sound romantic, it works better in drier climates (at least drier than Oregon!) Of course, even drier climates have occasional bouts of rain, so I would recommend packing a light nylon tent at very least. I would also make sure there’s a place to sleep—Nehalem is one of many sites that allow “primitive camping” by your plane, which means no electricity, flushing toilets, sinks, etc.

I’ve also since camped in Idaho at a less official site, and it was a challenge to make sure there was space enough for the plane, a tent, and a campfire. Campfires are often restricted by airports, so make sure that you can have one, or that you have come equipped with a camping stove or mess kit. Don’t bring anything that needs to stay too cold. If you rely on nearby settlements for food, be sure to know where the nearest one is—the park may be called “Nehalem Bay,” but Nehalem itself is a long paddle away.

Be prepared. Nehalem is much farther from the campground than Manzanita, but it still felt like a hike to get there. We found it difficult to procure fishing licenses while in town. I recommend doing the research in advance to find out about any fishing or hunting licenses you need, and purchase them online if you can. Also, get connected with the boat or fish guy everyone is talking about. By Nehalem Bay, that’s Johnny Bowles. He’ll guide you to Tillamook Bay, but we didn’t know it at the time. Ask around online and you’ll be led to the right people who want to help you out. After asking everyone we could find in Manzanita, we found licenses, but not any fish.

It’s also wise to be aware of costs. Few places, unless you’re in the backcountry, will let you camp for free, especially if they’re providing you with a fire ring and picnic table. If you’re not somewhere as accessible as Nehalem, make sure that someone else didn’t already stake out your remote site. Be prepared to navigate elsewhere if another pilot has a private camp set up where you were set to land. Etiquette is important, even in Manzanita. You may be roughing it, but the twelfth person to show you where to find a fishing license likely isn’t.

Nehalem Bay State Park was a great first fly-in camping trip for me because it was very straightforward. We could call and reserve a site that allowed up to build a fire and get to town easily. Many other airports allow primitive camping, and the American Air Campers Association (AACA) keeps up to date records of the over 500 airports that offer this service. They have online resources that will help you prep, including weather and runway details.

The AACA’s website (and a membership) are great resources, but nothing is cheaper than word-of-mouth. That’s how I found out about Utah’s Hidden Splendor, which is splendid but incredibly dangerous if you don’t know when to go or how to approach. Nothing compares to being able to look down over snow-capped peaks only to land on grass made to hold you and your plane. If you can find a friend with a Cessna or fly one on your own, I highly recommend fly-in camping.

Alan Carr is an avid aviation aficionado learning about the aspects of the flying world from the business to the technical, while also frequently writing on what he finds. He currently works with globalair.com to provide resources on aircraft related information.