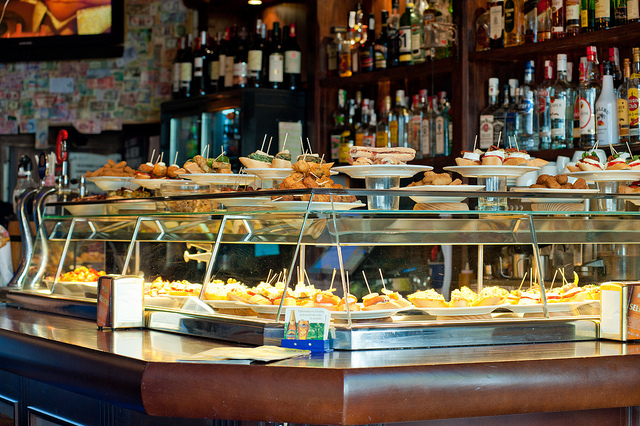 This guest post gives suggestions on how to plan an itinerary that will allow you see some of Spain’s premier cities by flyng into one and departing from another. Enjoy!

Spain is such a varied country that it is unsurprising that it attracts visitors from all over the world. The choice of places to see and things to do is astounding and it’s impossible to get a true impression of all that Spain is in just one trip.

However, you can manage to see a lot if you choose your itinerary well. With the number of budget airlines that fly in and out of Spain, there’s no restriction on where arrive and depart from Spain, making it perfectly possible to have a two city break on the Spanish mainland. For example, you can get cheap flights to Alicante from Manchester and then book your return flights from a different city – like Barcelona.

The only problem with planning a Spanish trip is deciding where to visit. If you want a city break and it’s your first time in Spain, then it might be best to start with one of the classics – Madrid, Barcelona or Granada. Whichever of these great cities you choose you’ll see some amazing art and culture.

Granada is where you’ll be able to visit the Alhambra, but be sure to make reservations, whatever time of the year you are travelling. A little like going to see the Vatican Museums and Sistine Chapel in Rome, it is worth booking in advance so you can skip the line! Granada is the capital city of Andalucia and one of its highlights is the cathedral. Alonso Cano, the artist who designed the façade, took his inspiration from ancient Rome.

If you love flamenco dancing, then make your way to Sacromente quarter to see the genuine article, with true flamenco danced at its best. Beyond the city of Granada itself, it’s easy to get to the Sierra Nevada mountains and it’s only an hour to the Costa Tropical.

The Spanish capital city, Madrid, is a great place to visit any time of year. The most impressive museum has to be the Prado, which is full of amazing art, but there are plenty of other museums to explore. Old Madrid is the Austrias District, where you’ll find beautiful little squares and narrow streets. The oldest churches in Madrid are found here – San Pedro el Viejo and San Nicola de las Servitas. Puerta del Sol is the central hub of Madrid – akin to London’s Piccadilly Circus and New York’s Time Square. It’s also supposed to the geographical center of Spain.

Most visitors head directly to Barcelona on a first time trip to Spain. This is a lively and vibrant city, but has a laid-back air at the same time. Las Ramblas is a pedestrianized strip that runs all the way to the port and is a great place to people-watch and enjoy tapas from the many restaurants that line Las Ramblas. It’s here where many street entertainers perform, so entertainment is everywhere you look. If you’re a Gaudi fan, then be sure to visit the Gaudi Museum at Parco Güell. And of course, in the same city you’ll be able to visit his most famous work – the Sagrada Familia. And if you go to the Spanish Village you can see replica squares and famous buildings from all over Spain.

For a first trip to Spain, all of these cities make great starting points, and will surely make you want to return.

This post was sponsored by Jet2.com – We appreciate their support of this blog!